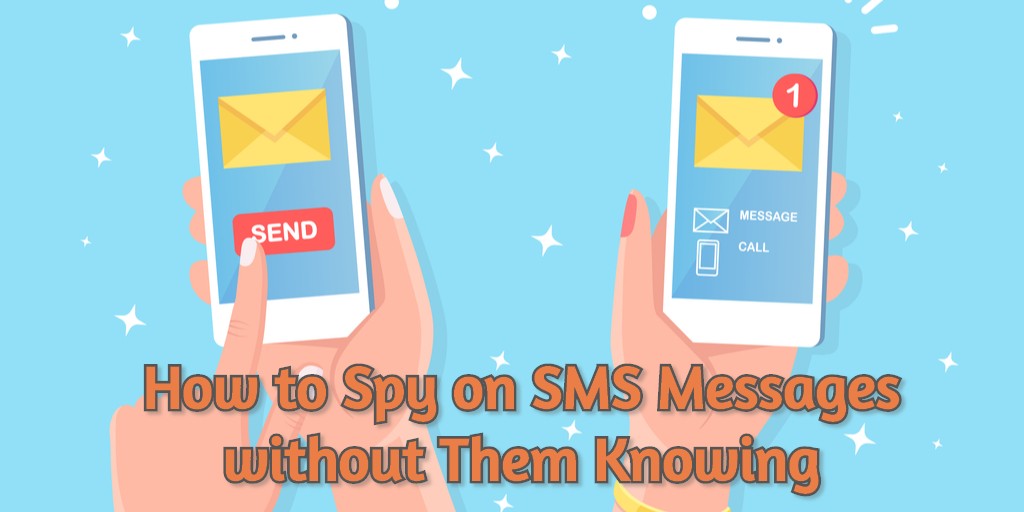 Do you feel like you need to check someone’s messages? Well, don’t worry; you’re not alone. In fact, millions of us spy on the messages of someone else’s phone every day because sometimes that really is the only way to get the information you want to know and get to the truth.

Now, if you know you want to read the SMS messages on someone else’s phone already, you might already be planning a stealthy operation to isolate the phone away from its owner so you can sneak in and read them before they notice, however, this is very risky. You are very likely to get caught if you try and read someone’s messages this way, and then you end up being the bad guy, and you still don’t have the information you need.

Instead, it’s a much safer option to use an SMS spy app. This is something that can be installed on their phone, and you can monitor all messages from your phone instead of having to physically have their phone to check the texts.

Throughout this article, we’re going to explore what a spy app is and exactly what it can monitor, the people you’re most likely going to want to track, and the best way to do this without detection. We’ve spoken to some leading psychologists and professionals in the field to make sure our information is as up to date and reliable as possible.

What Is an SMS Messages Spy App?

You may not have looked into how to spy on text messages, in which case, you wouldn’t have heard of the new technology that is taking the mobile SMS spy world by storm. There are now dozens of SMS message spy apps to choose from out there, but what exactly is it?

Some of the apps will vary, of course. Some are only suitable for Android, whereas others are iOS supported. Some require you to perform a jailbreak on an iPhone before using, and others don’t. So definitely consider this when you’re looking into which app is best for you.

Basically, the app is a way for you to monitor the messages that someone else is receiving and sending. Sometimes you have to install the app on their phone (but it’ll be hidden to them), and other times, you don’t. SMS messages are not the only thing you can monitor using these apps, though.

Although it would be helpful to have access to someone’s SMS text messages, that is not the only way people communicate nowadays. In fact, it’s not even the most popular way. Did you know that 2.9 billion people use Messenger and WhatsApp? There are only 25 countries in the world where WhatsApp isn’t the leader in the market!

Lucky for us, there’s plenty of apps out there that will not only monitor SMS texts but also:

Yes, that’s right. One app can potentially track all of these things on someone else’s phone and you don’t ever have to leave your bed to monitor it. All you do is open up your phone or desktop and sign into whichever app you’re using and it’ll show you everything that you want to know.

There are lots of reasons why people feel they need to spy on texts, but ultimately, it all comes down to one thing; learning the truth. You obviously feel like someone isn’t being 100% honest with you and this really is the only way to get to the truth. So, what are some common reasons people choose to spy on messages?

All of you who are parents out there will know that you never stop worrying about your child, no matter what age they are or how grown-up they think they are, your concerns never go away.

This does not get any easier when your child gets a mobile phone! We’ve all heard the horror stories of children talking to strangers online and we want to protect our children from that at any cost necessary.

An easy and fairly low-cost way to ensure your child’s safety is using a mobile phone tracker app. Millions of parents across the globe are giving testaments to how amazing these apps have been for them and the peace of mind it’s offered them. Knowing your child is safe and being able to put a stop to any untoward interactions is priceless, but thanks to the amazing technology of today, there are even some free text message spy apps and too!

Not only this, but some apps offer GPS location tracking as well, an invaluable tool if your child gets lost or you don’t know where they are. We’ve all been young and told our parents we’re going to a friend’s house when in reality, we are sneaking off to put ourselves into some questionable and dangerous situations! With a spy app, as a parent, you won’t have to worry over this any longer.

Check out: How To Catch A Cheating Partner

Another reason you might want to use a mobile spy app is for your employees. We’re not suggesting you monitor all of your staff as a blanket initiative, that would certainly be overkill. However, if you have suspicions about a certain member of the staff, checking their texts might be the only way to gain evidence and catch them in the act.

A text spy app has been used by countless employers when they felt their staff were taking advantage, stealing from them or abusing their power. In the cases where the staff really were doing something they shouldn’t have been, a spy app was almost always the reason they got caught.

Most people who are being untruthful or are taking advantage of your business by stealing or skimming will not be first-timers and so it’s extremely hard to catch them. Without any evidence, you don’t have the right to dismiss them, so getting the information from a spy app, although not admissible in court, is usually enough for the said staff member to gracefully resign and your business to continue to be fruitful!

This is the big one. Monitoring a spouse’s phone has become increasingly popular since the invention of these SMS spy apps. There’s a number of reasons you might want to know what messages your other half is sending or receiving. Maybe you’re worried they’re being harassed or bothered by someone, but they won’t confide in you about it. Maybe you have a feeling they’ve told someone a secret of yours and you want to be sure.

More often than not, though, these apps are used when you have suspicions your partner is cheating on you. Coming to this realization is never easy and here are some things you can look out for to know if your girlfriend/wife or boyfriend/husband might be having an affair:

If you’ve decided you need to get a spy app to check out what’s happening on someone’s phone, whether that’s your child, employee, spouse, or someone else entirely, you’ll want to make sure you get one of the best spy apps on the market. From all the research we’ve done and the experts we’ve spoken to, here are our contenders.

mSpy is a leading phone tracking app that will allow you to not only check someone’s SMS texts but much more than that. You can track the calls that the phone is receiving and, if you’re using it to monitor a child’s phone, you can even restrict certain numbers from calling at all.

In a world where social media is used daily by almost everyone, you’ll be pleased to know you can also monitor these social media accounts:

We don’t think there are any major social media apps that you won’t be able to track using mSpy so whether you think someone untoward is using Instagram to talk to your child or you think your spouse is WhatsApping with someone they shouldn’t be, mSpy can help get to the bottom of it.

That’s not all, though. You can track the phone’s location with GPS, so you know whether your spouse is where they say they are and even use Geo-Fencing on your child’s phone to alert you if they leave a certain area.

You might think that with all these features, mSpy would cost you an arm and a leg, but the subscription prices are very reasonable:

These are the standard prices, however, at the time of writing this article, mSpy were giving everyone 15% off, taking the basic plan down to just over $25. There aren’t many apps out there that will do everything mSpy will do AND offer you it all at a reasonable rate and plan to suit you. Moreover, mSpy will work as a text message spy without phone access to the target device. You can connect it remotely through iCloud.

Another option if you’re shopping around for a high-quality spy app would be Mobile Spy. This leading smartphone monitoring software will allow you to check the target phone’s call logs to see if any unusual calls come in or how long the calls last.

Not only that but you’ll be able to see all the multimedia that is sent to or from the target phone. In an age where sending and receiving pictures is as common as a text, this feature is invaluable. Other features that come with this app are:

This is a fairly comprehensive list of access, so if getting down to the truth is your priority, this could be the spy app for you.

SpyBubble is another phone tracking app that lets you spy on text messages as well as other elements of their phone. The Spy Bubble is compatible with both Android and iOS devices, so it doesn’t matter whether your target phone is a Samsung, Nokia, HTC or an iPhone, you can get to spying.

They boast over 25 features, including access to WhatsApp, Facebook, SMS, call logs and location. With all this, you’ll be able to know exactly where your partner, child or employee is and who they’re talking to, all from the comfort of your home!

SpyBubble wants to make your experience as pain-free as possible so there’s free online help with the installation process and 24/7 customer support for any of your other inquiries.

If you need to check on someone’s messages and texts, then there are a few ways you can do it, some easier than others! If you’re relying on that person not deleting their messages and leaving their phone long enough for you to read through the texts, then you’re putting yourself at so much risk of getting caught. Your best bet is to download a spy app like mSpy onto their phone, and to monitor their texts, calls and location from your own device!

What is an SMS spy app?

This is an app that allows you to monitor the SMS text messages of another phone from your very own device.

How to spy on text messages without installing software?

This is not possible. You’ll need to install some software.

How to spy on text messages free without the phone?

How to spy on your boyfriend’s text messages?

To do this, you need to download a phone tracking/SMS spy app like mSpy, which will allow you to see all the messages he sends and receives.

How can I spy on text messages for free?

All the legitimate and professional SMS spy apps require some form of subscription or payment. However, mSpy does have a free 7-day trial that you can use to see just what you get when purchasing the full app.